Inspiration for the foundation of Longbridge Methodist Church came, first of all, from a Committee of Ministers and local Preachers of the Bristol Road Circuit, who met early in 1938 to consider extending their boundaries beyond Northfield and Kings Norton.

The Longbridge area was growing rapidly due to the building of a large number of houses in Ryde Park Road, Cliff Rock Road, Kendal Rise Road and part of Bristol Road South as well as the fact that the Austin Motor Company was located nearby and employed over 25, 000 people.

A small group of Methodists were meeting regularly for worship at the home of Oliver and Edith Hayes who had moved from Tipton because of Oliver's work at the car factory. Their hope was to start a church in the area, so the wish of the Circuit to establish a Methodist Society at Longbridge was met with enthusiasm.

The first service for the new Society was held on Sunday 20th February 1938 in the evening at The Co-operative Assembly Room at the corner of Cliff Rock Road and Bristol Road South.

In July 1938 an afternoon Sunday School began and by January 1940,120 children were on the register. It became clear that if effective work was to be carried on, some more permanent home must be found for the Society.

In January 1941 the Army commandeered the Co-op hall and for a few months the Society met in the old Colmers Farm School.

In March of that year 1500 sq yards of land at the corner of Ryde Park Road were secured for £640and in 1941 two huts were bought and erected on the site in a T shape to form the church, which was used extensively and lovingly for worship and numerous activities for the next 26 years.

(Photo of The Old Chapel)

The opening of "The Old Chapel", as it became known in later years, took place on May 3rd 1941 by Mr Stanley Secombe.

In June 1941, Sister Eileen Basford was appointed to the church for 12 months, during which time she set up the Women's Bright Hour, a Children's Club, a Class Meeting, as well as finding leaders for Scouts and Girls Life Brigade. 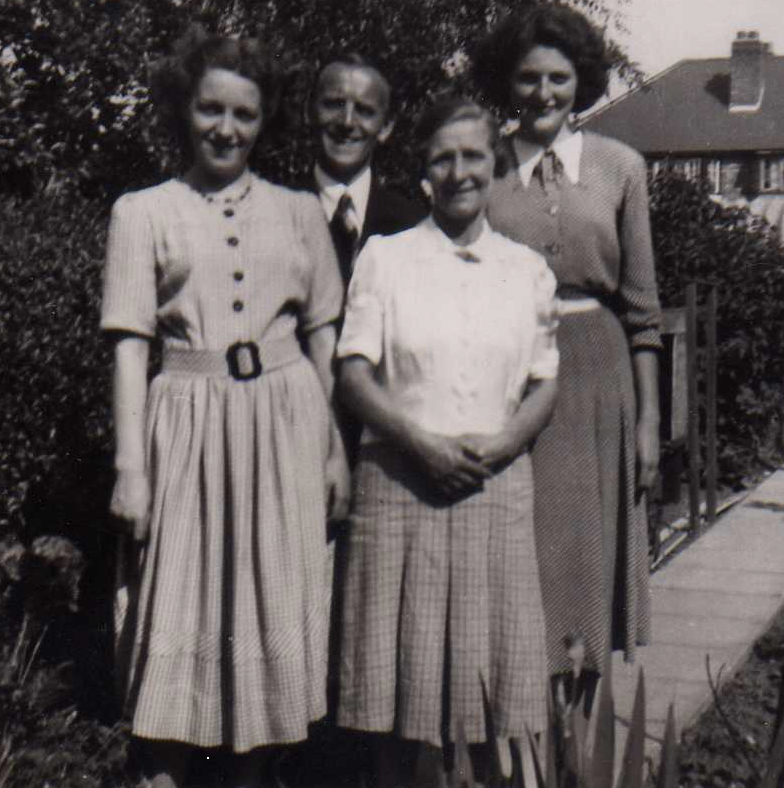 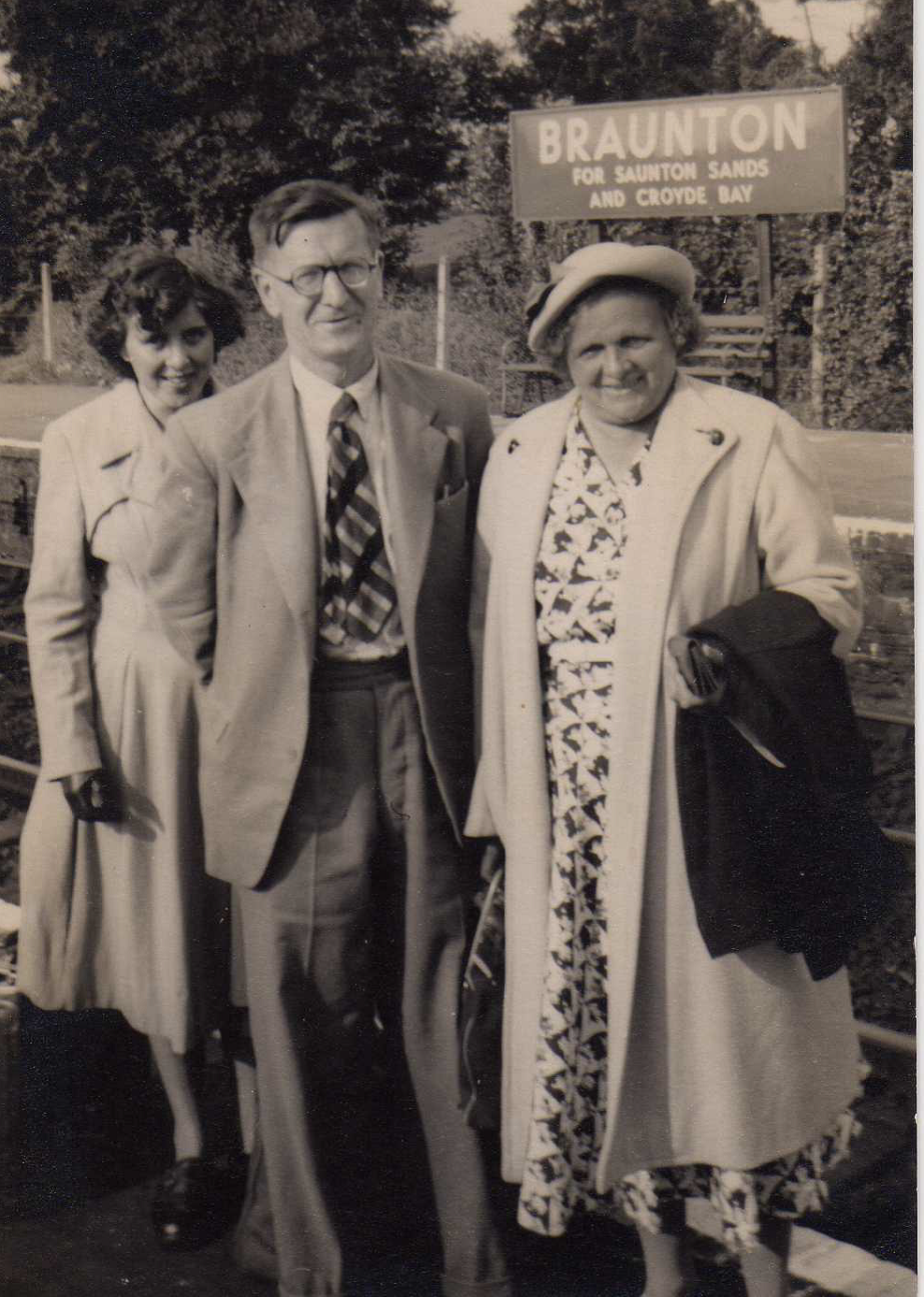 (Some of the earliest members of LMC)

The work prospered steadily and in 1944 a Committee, set up by the Quarterly Meeting to consider the future needs of the churches in the Circuit, reported:

"That having heard of the progress of the Society and the inadequacy of the present premises for the Youth Work which is being done, this Committee is of the opinion that a permanent building should be erected at the earliest possible moment."

The permanent building, which was eventually opened by Mr Donald Rushbrook on April 17th 1948, was not all that had been hoped for.It was the pre-cast concrete "Youth Hall" built behind the wooden chapel on land given by the Trustees of the old Bristol Road Church. It was, however, used extensively as a Youth Club room, a Sunday School room, a Scout Hut, a Girls Life Brigade room, a Jumble Sale room as well as for numerous social events and even church services when the wooden chapel was too small. 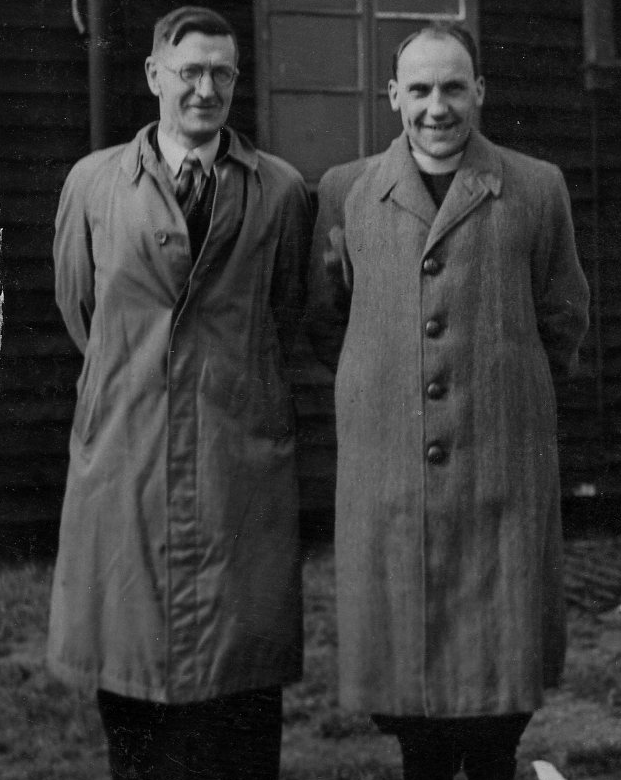 (Rev Ken Richardson, who was also the minister at Northfield Methodist Church, was minister at LMC from 1948 to 1955)

For nearly 20 years the Society at Longbridge worked steadily on in the wooden chapel and in the concrete youth hall feeling, as the years went by, and the work developed, and more and more houses were being built in the area, that there was a need to expand.

In 1960 the Church Building Fund began and the dream of a New Church, which would front on to Bristol Road South, behind the wooden hut and in front of the youth hall began to take root. This splendid site was acquired by the founder Trustees and the Trustees of the old Bristol Road Church.

Over a period of 7 years, numerous events took place to raise money for "our new church" and finally £11,500 was raised by local effort, gifts and appeals.

This was made up as follows:-Bristol Road Trust£ 5000

The new church was opened on July 1st 1967 by Mrs Dorothy Pascal. 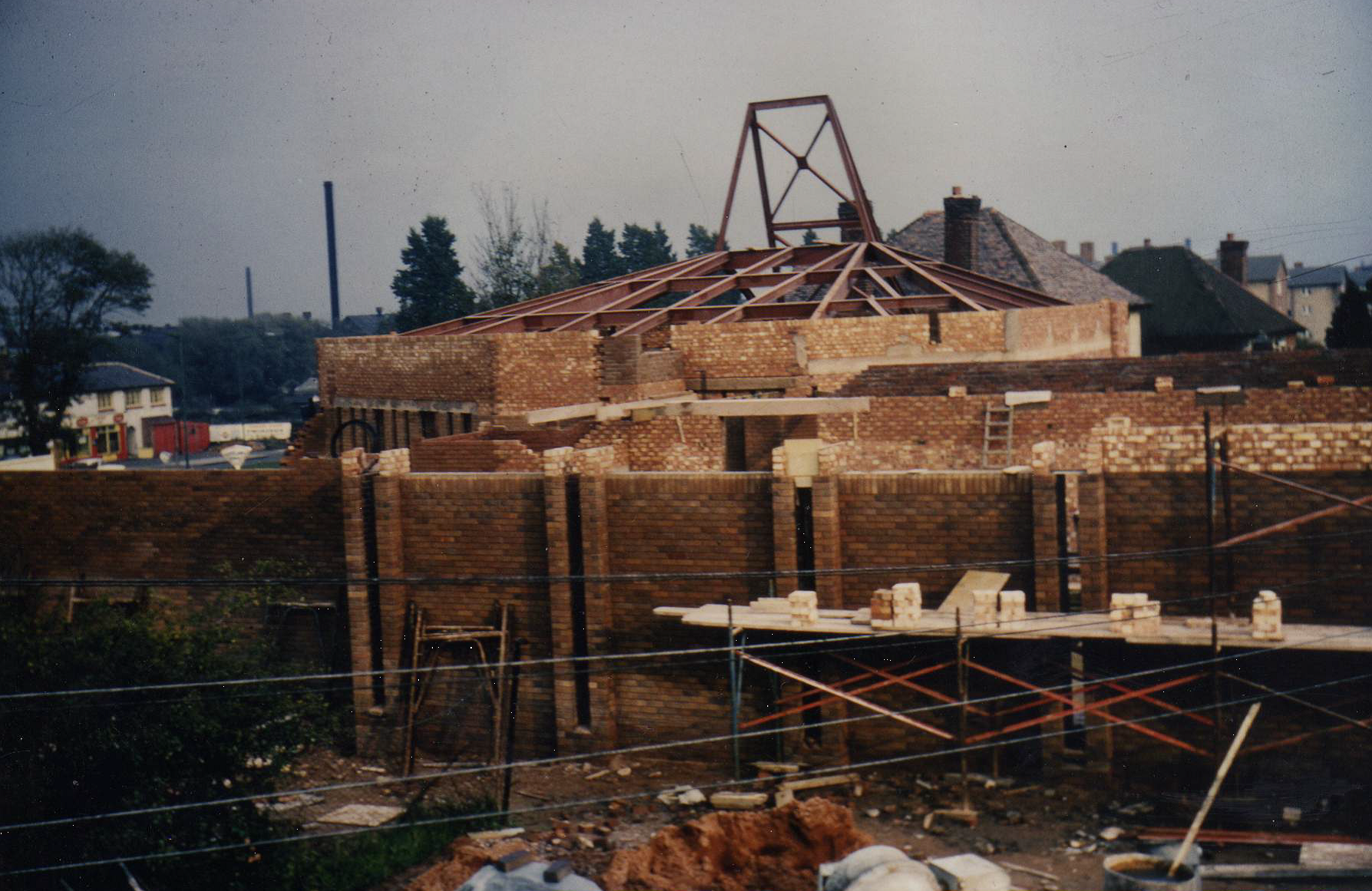 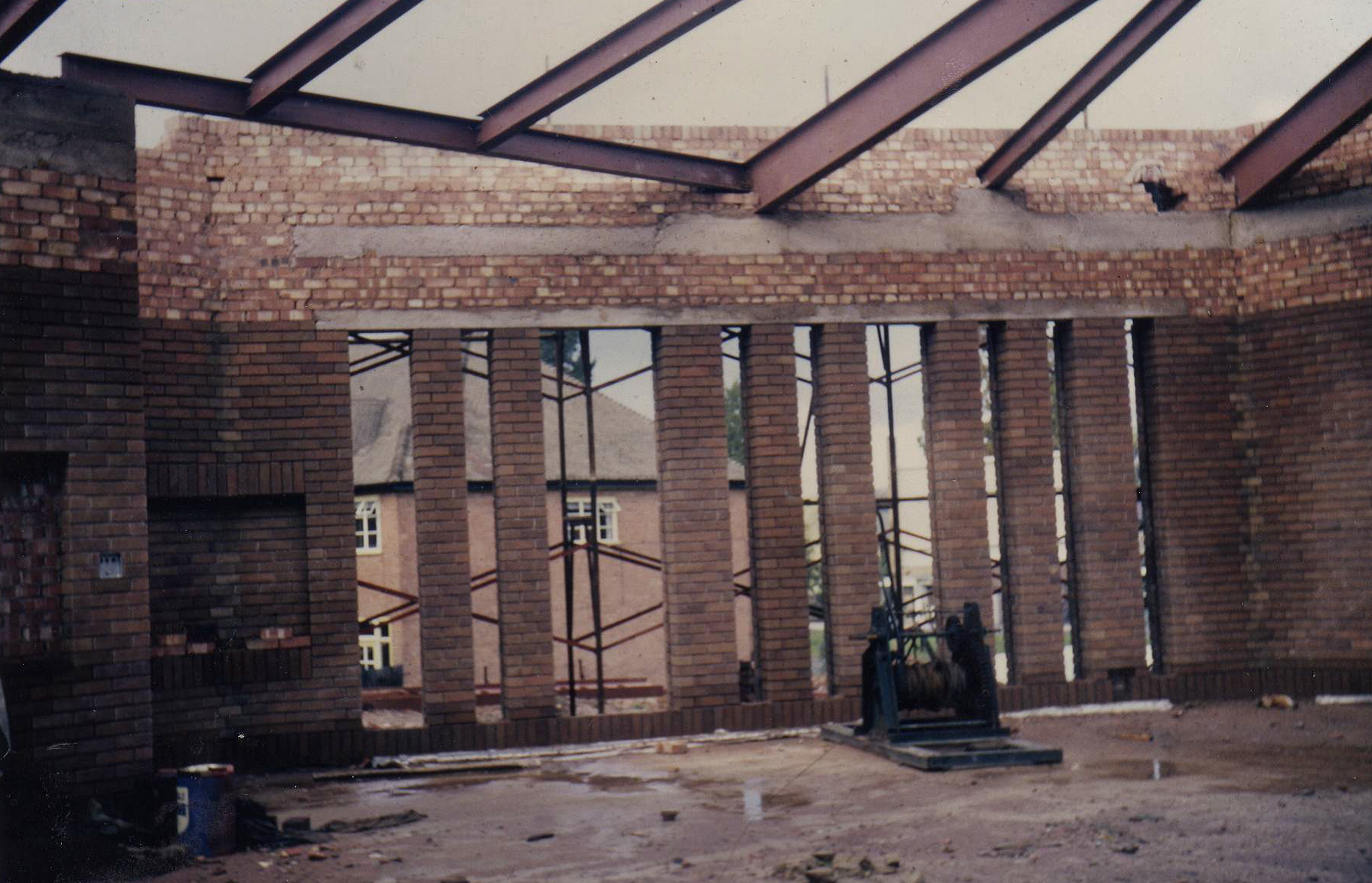 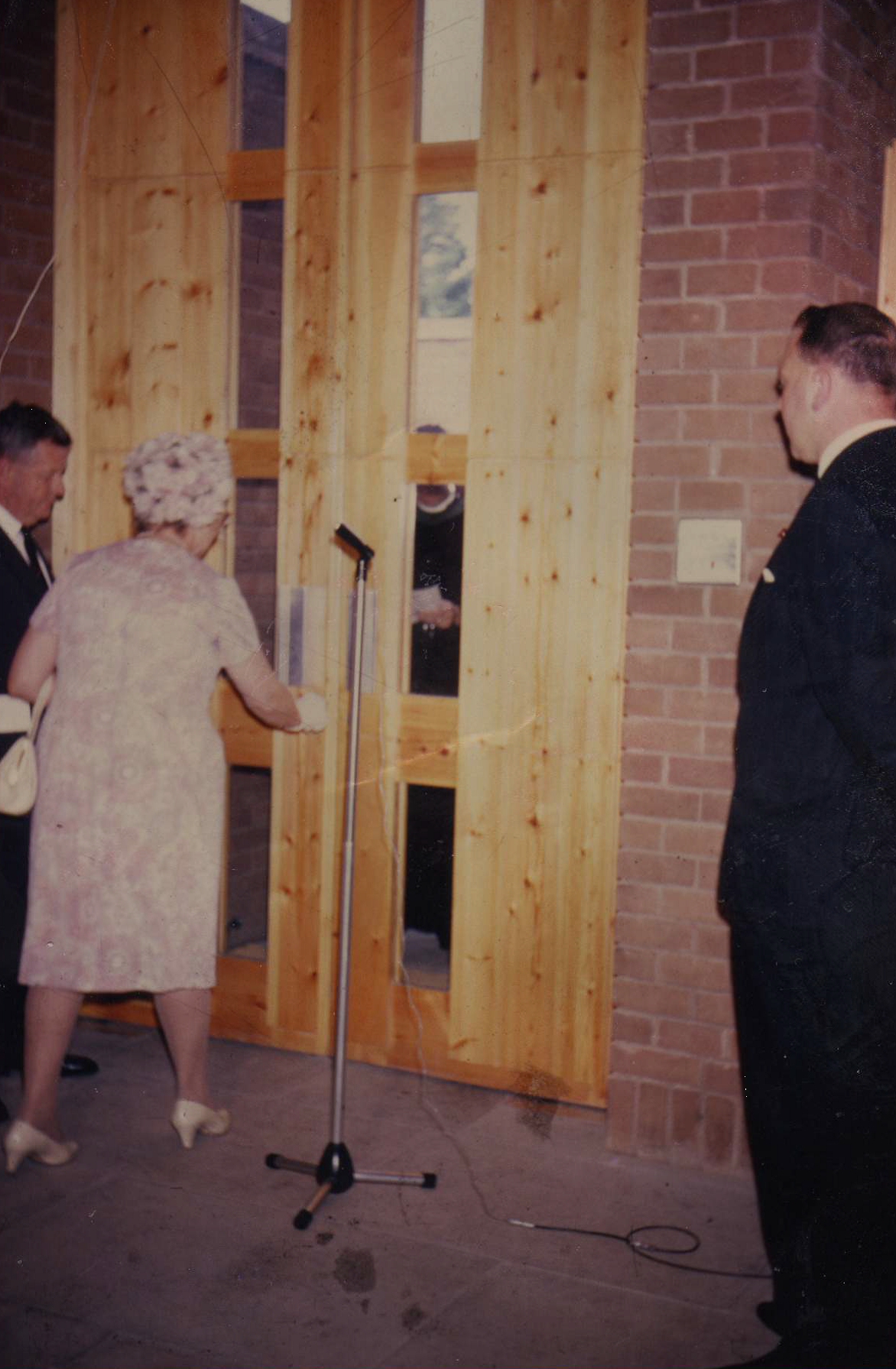 (photos of the building of the new church )

For the first time, LMC was given its own minister.This was Rev Raymond Goodburn who came with his wife, Jackie and their young daughter, Anna. Within a few years they were blessed with the addition of twin girls to their family.

1967 marked a new era in the life of Longbridge Methodist Church.The congregation grew and there was an air of excitement and expectancy as work, among young people especially, gained momentum. 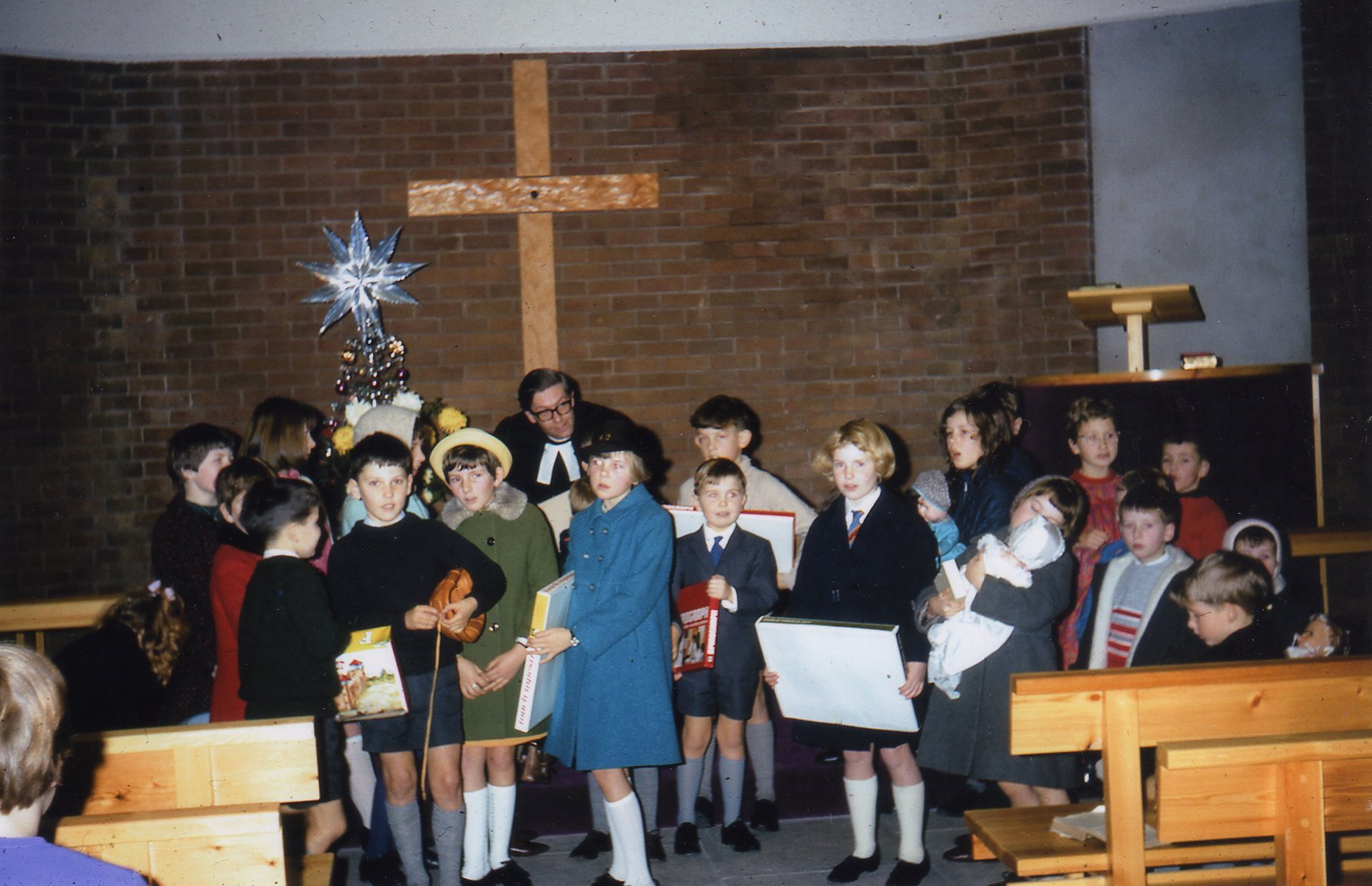